I found a mission of honor and service in my neck of the woods.

Parked out front of Mission BBQ is a 5-ton truck called BAMBAM (Big And Mobile Barbeque Assault Machine). It serves as a billboard, a portable smoker, and a representative of their mission that proudly displays the American flag.

Recently, I sat down with Darin Townsend, Area Director of Operations, at Mission BBQ in Henrietta, NY. It is the first location in New York state. There are over 100 locations along the East coast. They serve up food and more with a heaping portion of patriotism.

The founders, Bill and Newt, wanted to bring patriotism back to our country to honor those who served. Hats off to them for executing this life-changing mission.

The doors of Mission BBQ opened on a significant day, September 11, 2011. They chose that day because 9/11 changed our country forever. It was our Pearl Harbor.

This mission is about taking our country back and making it great again. Our heroes make this country great.

Heroes are welcome the moment they walk in the door. Not only are they served authentic, homemade Texas-inspired BBQ and sauces made from scratch, but it is also served with respect and gratitude in a patriotic dining room.

Every day at noon, they stop serving at 11:58 am. Everyone in line is told they are going to pause for the Star-Spangled Banner. The teammates come out and stand around the corners of the restaurant, and at noon sharp, the national anthem of the United States comes on the speakers.

“We honor our country with the singing of the national anthem,” Townsend told me.

On special days like Veteran’s Day and Armed Forces Day, they have a live singer and National Guard. There is a guest of honor table. Last Veteran’s Day, there were three WWII veterans, a Korean War veteran, and three distinguished Army officers. WWII veterans always eat for free.

Throughout the year, they honor folks who have served, including first responders, police officers, and firefighters. On 9/11, they give away free sandwiches to them.

Hung on the walls are patches and pictures donated by family members of those who have served.

You’ll see a picture of Don Quigley, who served with the 1st Cavalry Division in Vietnam. His daughter is involved with the Honor Flight.

They have the academy wall honoring the four academies and the 9/11 wall in remembrance of that day.

Stories of service and sacrifice fill this place. Not only is Mission BBQ about good food, but it’s also about meaning, purpose, honor, and giving back.

Townsend also shared with me, “Anytime a Vietnam veteran enters, the teammates shake their hand and say, ‘Welcome home.’”

All their service is community oriented.

There is a Veteran VIP program and birthday club offered where you get a free sandwich. The All-American Hero Cup is available year-round. A portion of the proceeds is donated to various organizations.

They take food once a week to the local police and fire departments to say thank you. Recently, Mission BBQ closed for a day to feed the homeless veterans with the message, “Our heroes served us. It’s our turn to serve them.”

Cheers to these heroes for a mission well done. Their servant’s hearts are making a difference daily in many ways. They encourage families to bring in pictures and patches of loved ones who have served or are currently serving.

It will warm your heart and quench your appetite when you support their mission. Well done, Mission BBQ.

Welcome aboard. Flight 2023 has a seat for you. Come travel with me as we take off into this new year.

Turn off all self-destructive devices. Put away hurt, despair, defeat, discouragement, and unbelief.

By the way, no baggage is allowed on this flight.

Prepare for your destination to GREATNESS.

Yes, you have greatness in you. If you didn’t know that or have not discovered it yet, then let me guide you on your journey. You will go places you never imagined.

Travel means many things. You can literally take a trip by car, plane, or train. Travel locally in your own backyard. Take a trip inside your imagination. Reading books, articles, and watching movies are forms of travel too. Have you ever immersed yourself in a story so deeply that you felt like you were actually there?

Travel is not just for fun and leisure; it is essential for mental wellness. It is transformational.

GET READY FOR TAKE OFF

As an author, speaker, travel writer, and consultant, I am here to help you live the life you were born to live. What are your goals and dreams for 2023? Where do you want to go, and what would you like to accomplish?

One of my favorite trips in 2022 was on a writer’s retreat and press trip to the Outer Banks, North Carolina. Kayaking wearing my Serengeti eyewear is my jam. I am excited about more travel this year. I am a travel writer and enjoy exploring new places and discovering stories.

Let me help you with your wellness and travel goals using The LORI Factor. It started with the book I wrote that is impacting lives. Beyond my book is how I am helping more people.

Happy travels to you in all you do.

Before it ends, who wants to join me on a journey of physical, mental, and financial wellness?

It’s time to help people with The LORI Factor.

I know I waited too long. Forgive me for keeping you waiting.

Message me to get started. Before midnight EST is best.

Just do it! You’ll thank me later.

Are you experiencing joy or sorrow? Grief, loss, and depression can cause sorrow. There is something else… How do you see yourself?

It’s important to have a healthy self-image. Know your worth.

Too many times we beat ourselves up. We may not see our beauty and radiance. It’s there.

The Truth is… You have greatness in you. You are needed. Don’t give up.

I want to celebrate, inspire, and encourage you.

Here is an eBook you can get that will brighten your day. Get it for yourself or someone you know.

Stay tuned in for my next message. 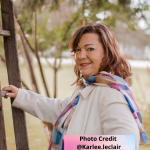 It was time to depart. I boarded the airplane. A delightful woman sat next to me on my flight back home. She shared her bag of blue chips with me. She also shared that her daughter committed suicide. It was then that I knew this was a divine appointment.

I listened to her story. I felt led to share my experience, hoping she would find comfort and a connection with me.

It’s easier to stay silent and not share, especially on the topic of suicide. This conversation prompted me to speak up. I wrote a book called The LORI Factor that is meant to help others. However, I have not shared enough about it.

It took courage to write that book, especially telling how there was a time I attempted suicide. I am thankful I am alive to change and save lives with my message. This book is not just about my story; it’s about giving you hope and making a difference.

Too many people believe lies about themselves and feel unworthy and hopeless. Some get blinded by the pain and make a permanent decision to a temporary problem. If that’s you or someone you know, you landed on this blog for a reason. You are meant to be here.

We all need support and encouragement. I learned that the woman who chose to sit next to me on that flight created support services for those who have lost a loved one to suicide. We are both on a similar mission.

Especially this time of year, during the holiday season, suicide rates increase. I know my life was spared so I can help people choose life not death.

Let me show you how to have a Larger vision of yourself beyond your circumstances. That is what the “L” stands for in The LORI Factor book.

There is light past the darkness. Take flight and soar. You are meant for more. Take a deep breath. Hang on. There is hope. Have faith in the now.

Be present. That is the best gift for yourself and everyone else.

I am grateful that I get to guide those on how to choose life and live the life they were born to live.

Feel free to reach out to me. Let me know how I can serve you and add value to your life.

Are you looking for a guest on your podcast or radio show? I would be delighted to be your guest.

Read my book or give it as a gift. You can get it here.

It was a day of tragedy and sorrow for the attack on America in 2001 that will never be forgotten. My heart goes out to all those who lost loved ones. Thank you to all the first responders.

That was an eye-opener for what matters most.

I almost lost a dear son on August 22, 2021. He is a first responder, but it was a motocycle accident that threatened his life. Thankfully, his life was spared. Make family a priority. Love conquers all. Forgiveness opens the door to restoration, peace, harmony, and unity.

Read my article here about Unity in the Home Publications.

There will always be things to do. Your calendar is full. If you don’t schedule time for the people you love, nobody will do it for you. Don’t wait until its too late.

You have made my days a mere handbreadth;
the span of my years is as nothing before you.
Everyone is but a breath,
even those who seem secure. ~ Psalm 39:5

Every sunrise is a gift from God.

Live each day to the fullest as though it could be your last day. When that day comes, decide NOW what your eternal address will be. Choose 777 Heaven. Your mansion awaits you. Travel to the right destination.

It is my mission to tell you that there is only One True God. Ask Him yourself. Jesus said, “I am the Way, the Truth, and the Life. No one comes to the Father except through me.”

I almost lost my life too soon.

At that time, my eternal future was in a place of hopelessness, despair, and destruction. Then, I found Hope. I knew my story must be told. My message is meant to get into your hands.

This message is in my book:  The LORI Factor:  Live the Life You Were Born to Live

Here is a description of The LORI Factor

This book has the potential to become the avenue to your miracle. It gives insights and examples of personal experiences that are relatable and real.

Lori Bruton is a messenger of HOPE who gives you hope for the future and POWER in the present. Do you know that you have more inside you that’s waiting to come out?

“If you are seeking direction and looking for a way to transform your life, keep reading! The LORI Factor will show you the way.” Les Brown

Much Love to you and your family, 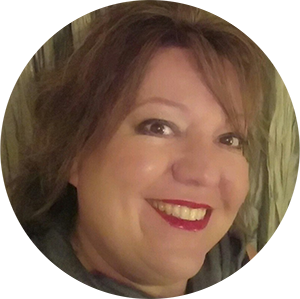 I'm a copywriter, blog writer, and ghostwriter, with a focus in the inspirational and travel niches. Need custom copy that motivates? Learn more about what I do!